Any minority communities in a progressive society should not be allowed to practice their personal laws that were formulated in a specific spatiotemporal context. All these personal laws should have been changed with the time with an idea to avoid the gross violation of fundamental rights such as ‘triple talaq’ which is not only disproportionate but also extremely excessive and stringent. The much debated Uniform Civil Code (UCC) that calls for the formulating one law for all religious communities of the country in matters such as marriage, divorce, inheritance, adoption etc, is unabated in today’s circumstances, considering the religious and cultural diversities which leads to differences in opinion resulted in public discords. India is the country of many religions, customs and practices and provisions enshrined in the proposed act will certainly help in integrating the nation in a long run.

The implementation of the UCC is imperative taking the peculiar situation in account as people went through and affected adversely by the personal laws. Majority among them started knocking on the doors of the Courts citing violations their fundamental rights to equality and liberty in accordance with constitutional safeguards. The one national civil code of conduct is the need of the hour to bring every Indian under one roof.

Goa has successfully implemented UCC with a series of provisions and safeguards. The state has set a landmark for the nation to follow. While, majority of cases in various courts are related to property and marriage disputes and in such circumstances there should be a strong machenism to reduce burden of courts in the country which is already overburdended. The act implemented in Goa also ensures equal division of income and property between married couple and among children besides making it compulsory to register birth, marriage, death. It also debars Muslims who have their marriages registered in Goa from practicing polygamy or divorce through triple talaq.

UCC will not only protect the vulnerable sections such as women and religious minorities but promote nationalism through unity as well. In Shah Bano case, even the Court has advised the government should bring the code. The UCC comes under Article 44 of the constitution as a Directive Principle of State Policy which states that the state shall endeavour to have such code for the citizens across the country. The DPSP proposes to change the personal laws based on the traditions of various religious communities with a common rules of governance.

Various political experts have also expressed their opinion in favour of UCC saying that the code would make the dream of “One Nation, One Law” real. India believes in one nation and people of this country must be governed by a single law and no community will claim separate religious laws citing their customs and traditions. It will definitely promote national integration in the long run.

The UCC will also help in minimising vote bank politics that is prevalent during elections. Various political leaders sometimes support traditional laws and customs such as triple talaq to lure voters who will also debar themselves from such unethical practices. Now, in the present scenario, we have constituted an alternate judicial system based on thousands of year’s old customs and what is most surprising that it is still in practice. But after the uniform civil code will come into force, the system of self governance in the name of religious freedom will become a historical aspect.

For any developed country, there needs to be a society which is free from caste and religious politics. Although, India’s economic growth has seen an upward trend but with time our social growth keeps lagging behind. In this situation, it is being argued by many constitutional experts and political pundits to have a law common for all irrespective of caste, religion and gender. The UCC will certainly help to lift social value and when society moves forward, the country will also achieve its goal of becoming a truly developed nation.

The Code will definitely help Muslim women in who have been subjected of torture citing so called custom and personal laws, putting an end of victimization in the name of triple talaq. The Supreme Court however, declared instant triple talaq as unconstitutional.  The Court had also asked the Centre to clearly stand on UCC and come up with a law to regulate marriage and divorce among Muslims.

Any minority communities in a progressive society should not be allowed to practice their personal laws that were formulated in a specific spatiotemporal context. All these personal laws should have been changed with the time with an idea to avoid the gross violation of fundamental rights such as ‘triple talaq’ which is not only disproportionate but also extremely excessive and stringent.

With the implementation of UCC, the government should also think about incorporating some good and equitable provisions in personal laws to avoid discord among a particular community.  Even in old customs, there are some good provisions that should be protected to preserve the indigenous culture associated with UCC. There have been many debates on secularism in the country from time to time. But to ensure real secularism, the Bill is much needed. UCC is the only way to ensure that all the countrymen irrespective of their region, religion, caste and gender are treated in the same way in respect to laws related to marriage, inheritance, family, land etc. 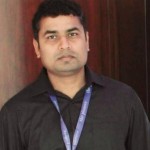 Chandan Prakash is a senior journalist with over more than 10 years of experience. He is a columnist with many leading publications and commentator on contemporary affairs.

Chandan Prakash is a senior journalist with over more than 10 years of experience. He is a columnist with many leading publications and commentator on contemporary affairs.